Sand in oil wells refers to the phenomenon that the skeleton particles of the rock that constitute the reservoir move and flow to the bottom of the well with the formation fluid. The main hazards caused by sand production are as follows:

1). Sand in oil well will bury the oil layer sand and block the tubing sand. In severe cases, it will cause the bottom of the well to collapse, damage the casing and cause the oil well to stop production:

2). Sand in oil wells will accelerate the abrasion and even wear of downhole equipment and tools.

The sucker rod pump is a common down-hole device driven by the pumping unit to pump the crude oil in the well to the surface, an important part of the artificial lifting system.

The safety and reliability of pump operation and long inspection period are critical, which can greatly reduce the loss of operation time and increase oil production. However, the well fluid usually contains sand particles, causing great wear on the barrel and plunger, shortening the pump inspection period and service life, and will greatly reduce the profit of crude oil production in the end. 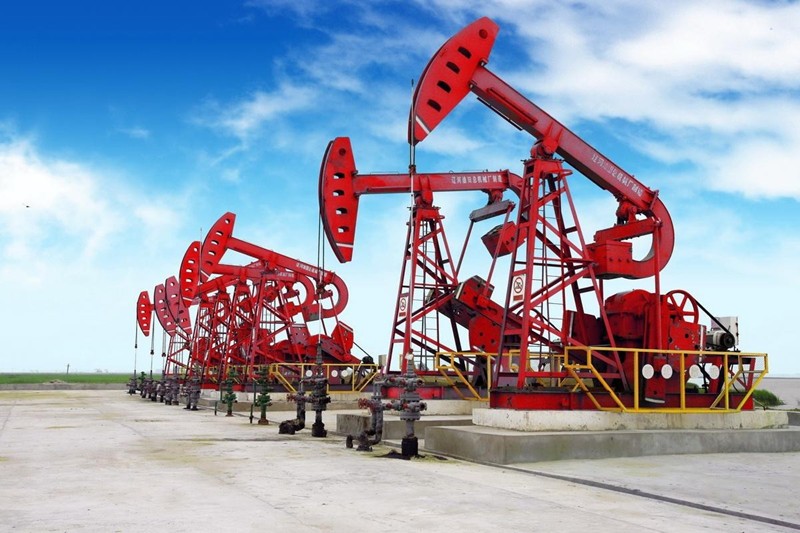 For the conventional pump, when there are sand particles in the oil fluid, some sands may fall down due to gravity. If the sands enter into the clearance between the plunger and the barrel, the plunger will be abrasive or even cause the sand to plug afterward. However, if the sand sucker rod pump in this paper is used, the oil will be moved along the screw line when the oil enters into the swirl flow device.

Since the density of the sand is bigger than that of the oil, the sands are centrifugally thrown toward the inside wall of the tube, and the oil flow inward of the tube. Next, the sand may move up to the wellhead, or fall down the annular space, as is shown in Fig.1. In this way, the sand cannot go into the clearance between the plunger and the barrel. So the pump can have the anti-sands effect. 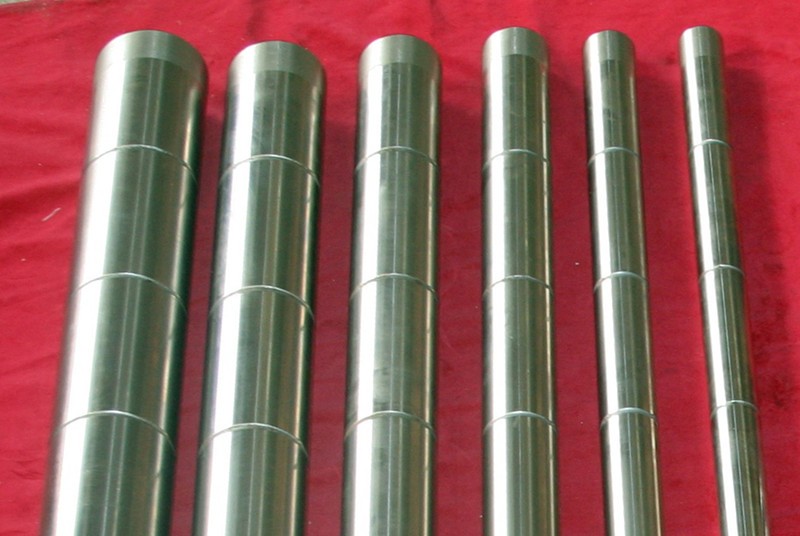 This patent introduces a utility model for sand control, compound sucker rod pump with sand slots in pump barrel sleeves, which can effectively prevent the sand particles from directly abrading the pump plunger and keep the pump plunger always in a good lubrication condition, which will improve the service life of the pump.

The structure of compound sucker rod pump is as follows: 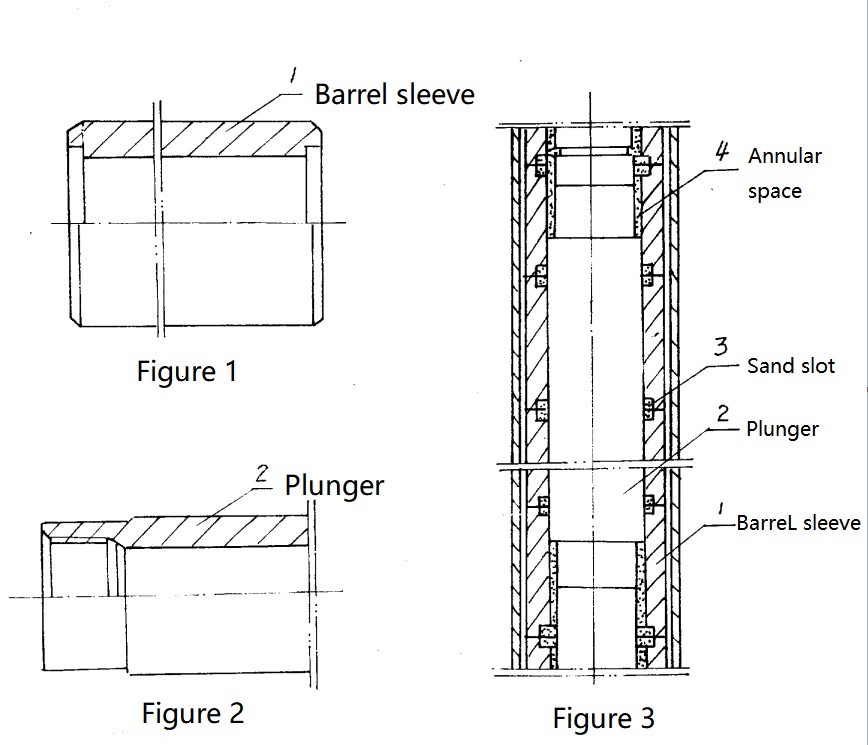 With reference to Figure 1, Figure 2, and Figure 3, recesses are formed at both ends of the barrel sleeve (1), and when the barrel sleeves (1) are assembled together, multiple uniformly distributed sand slots (3) will form in the pump barrel. The plunger (2) are grooveless and an annular space (4) is formed between the barrel inner surface and plunger at both ends.

At the same time, since the sand control slot (3) is always filled with oil, it can play a lubricating role, and the annular sealed space with a certain pressure is formed between the plunger (2) and the barrel liner (1), which can play a static pressure effect, It has a centralizing effect on the relative movement of the barrel liner (1) and the plunger (2) to reduce the resistance to movement. 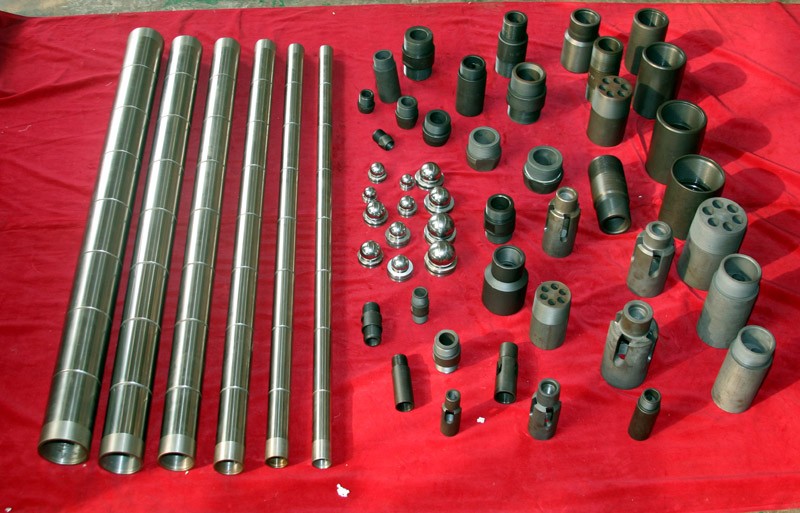 According to the analysis of oilfield data, in areas with many faults, well-developed fractures, and large dip angles, the original stress state is complicated due to the destruction of the oil layer structure and the reduction of rock strength.