What kind of downhole pump is suitable to non-viscous heavy oil wells?

What kind of downhole pump is suitable to non-viscous heavy oil wells?

Petroleum is a complex mixture, mainly containing various hydrocarbons, gums, asphaltenes…different component content resulting in different colors and properties of crude oil. There is an oil with the darkest color, very viscous and difficult to flow, but it accounts for 70% of the world’s oil reserves, and we generally call it “heavy oil.”

Heavy oil refers to crude oil with a viscosity of less than 50 mPa · s or greater than 100 mPa · s after degassing in an oil layer. The reason for the formation of heavy oil is very complicated. The biggest difference from ordinary crude oil is the degree of biodegradation. The higher the degree of degradation, the easier it is to form heavy oil. 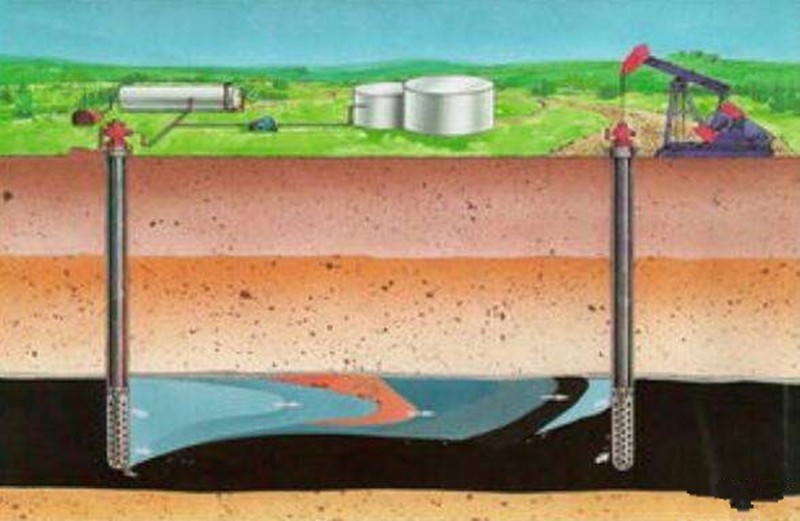 In order to improve the recovery efficiency of heavy oil wells, select the most suitable pump for non-viscous heavy oil wells. Sanjack Group has developed a mechanical valve type eccentric pump, which can be used without reducing viscosity. It effectively solves the problems of traveling valve delay in opening and closing, slow closing of standing valve, difficulty in sucker rod downward, and clogging of standing valve with falling objects.

Because the upper and lower plungers are eccentrically connected in series, The upper plunger is a double plunger mechanical valve type structure, which relies on the mechanical force of the up and down movement of the sucker rod to open and close the mechanical valve, which solves the problems of the valve ball closing lag and air lock in the oil well.

The new tubing pump has a reasonable and compact structure, and uses a mechanical valve type segregation plunger which  can solve the problem of the hysteresis of valve ball closing and gas lock in heavy oil well without taking viscosity reduction measures. At the same time, a rotatable double plunger is adopted, which not only separates the pressure bearing function and sealing function of the plunger, but also has a self-grinding function, which greatly improves the service life of the downhole pump.