How to drain crude oil without oil drain?

How to drain crude oil without oil drain?

The invention relates to a sucker-rod pumps for the operation of oil wells. Drain valve sucker rod pump includes a housing with a through channel and a drain device. Discharge device made in the form of a piston mounted in the bore. Boring connects a passage with the drain hole. The bore is made in the radial cross section of the housing. Diametrically opposite the bore in the casing a through hole in which you installed the tube. Tube connected with the piston destructible element. The invention allows to simplify repair of the sucker rod pump.

In case of failure of the pump tubing with sucker-rod pump go up for repair. The fluid in the pipe, should blend in well. However, the valve 3 prevents this. To drain the pipes pumping unit above serves fluid under pressure, 1.5…2 times greater than the working pressure of the pump. This pressure acts on the piston 5.

The movement of the piston 5 causes the destruction of the element 10 and the message passing channel 2 with a drain hole 7. However, when applying corrosional wear or for other reasons. In this case, draining, i.e., the message channel 2 with a drain hole 7, is a mechanical destruction of the element 10, which surface is cleared of any weighted object such as a metal rod. This way the drain is used, if there is no pumping unit for generating a high pressure. Dual principle of operation of the discharge device, hydraulic and mechanical, provides convenience and reliability. 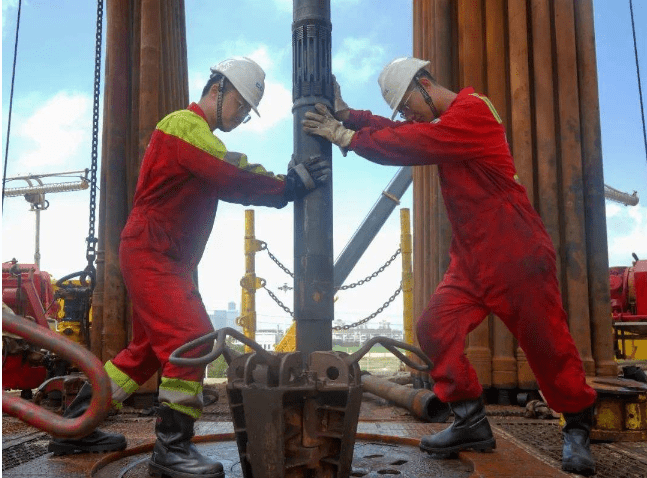 The invention improves reliability and simplifies the repair of the pump.

Drain valve sucker rod pump, comprising a housing with a through channel and a discharge device made in the form of a piston mounted in the bore, a passage connecting with the drain hole, characterized in that the bore is made in the radial cross section of the housing diametrically opposite her in the casing a through hole in which you installed the tube, with the tube connected with the piston destructible element.
In the process of extracting oil from the stratum, mechanical equipment is used to lift the crude oil in the well to the ground, and the sucker rod pump is the main oil extraction equipment. The sucker rod pump is a special form of reciprocating pump. The power is transmitted from the ground to the downhole through the sucker rod, so that the plunger of the sucker rod pump moves up and down to lift the crude oil in the oil well along the tubing to the ground.

Generally, tubing pumps cannot drain oil. When the tubing is lifted for workover operations, the liquid in the tubing cannot be discharged into the well, it will overflow the ground, pollute the environment, and is not conducive to civilized construction. To this end, the oil drain should be installed on the tubing pump. When the oil pump is working normally, the oil drain is closed. When workover operations are required, the oil drain is opened to drain the liquid in the tubing. At present, there are many types of oil drains used on site, with different structures and different operations. They are generally connected to the pump through the thread of the tubing. The oil drain is realized. In this way, not only is the operation inconvenient but also there is a risk of one extra connection. Many oil drains automatically drain oil by mistake when the pump is working normally, resulting in failure to pump oil.

The top rod on the upper end of the fixed valve cover pushes the traveling valve ball of the plunger assembly open, and the crude oil in the oil pipe of the pump passes through the inner hole of the plunger assembly and the inner hole of the traveling valve seat, and then passes through the outlet of the fixed valve cover. The oil hole and the fixed valve seat are discharged into the well, which effectively solves the oil drainage problem during the workover operation and prevents the crude oil from overflowing the ground and polluting the environment. 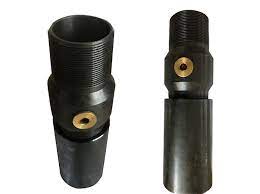