sales@sanjackgroup.com
Send Inquiry
How to prevent blowout during oil recovery?

How to prevent blowout during oil recovery?

How to prevent blowout during oil recovery?

A blowout is the uncontrolled release of crude oil and/or natural gas from an oil well or gas well after pressure control systems have failed. Modern wells have blowout preventers (BOP Systems) intended to prevent such an occurrence. An accidental spark during a blowout can lead to a catastrophic oil or gas fire.

A blowout is one of the most tragic and most expensive technical accident that can happen in the upstream oil and gas industry. When a blowout occurs, it is an immediate emergency that endangers life, the environment, and all related equipment. Unfortunately, this will affect future production from the lost well and sometimes the energy of the reservoir.

Once an oil well blowout is happening, stopping it requires large amounts of effort, time, money, and risk. In the moment, there isn’t much to do besides evacuate. The best approach to handling a blowout is to make sure it doesn’t happen in the first place. With a few preventive measures and strict adherence to safety regulations, you can significantly reduce your risk of a blowout.

At present, the blowout on-off connector used on site is suspended by a circlip. Limited by the elastic force of the circlip, it is easy to be released in advance due to failure of the suspension during the downhole process of the well. If the pressure is too high, it will produce a large lifting force, causing the problem of difficulty in connecting the sucker rod and the plunger of the sucker pump. 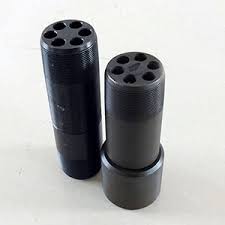 This design is a kind of blowout on-off connector with quick response, simple operation and reliable performance, which effectively solves the blowout accident caused by the sudden change of formation energy during the oil pumping process.

when it is necessary to pump oil , The upper joint goes down the well together with the sucker rod. When it goes straight down to the predetermined position, the upper joint pushes the inner sliding sleeve downward to break out of the oil drain hole of the sliding sleeve. The oil drain hole balances the up and down pressure in the well and makes the jaws at the lower end of the upper joint smooth Hold the middle boss of the center rod to complete the docking of the blowout on-off connector.

In addition to other safety issues, concerns for the effects on the environment have become increasingly important over the last 30 years. Companies must be careful to prevent the blowout from leaking hydrocarbons. This is another reason firefighters deliberately ignite a blowout that is blowing hydrocarbons: a burning blowout will consume the leaking hydrocarbons rather than allowing them to blow into the environment. Blowout control and oil well firefighting are based on tradition and apprenticeship. Advances in technique and technology only underscore the inherent consistency in the industry.