The geological features of the hydrocarbon reservoir and the inconsequential mobility of the heavy oil make the recovery process challenging. Recently, commercial interest has been developed in heavy oil production systems with the advent of improved drainage area by drilling multilateral and horizontal wells and highly deviated wells at shallow reservoirs. Moreover, other new recovery methods were developed such as downhole technologies that include cold or thermal production.

Commonly, artificial lift techniques are utilized when the well cannot offload naturally at its economical rate. This is applicable for heavy oil reservoirs, where high viscosity along with the reservoir pressure drop will avoid the wells to produce naturally.

Producing heavy oil together with associated water from the reservoir can create emulsions, which may cause high loads on artificial lift methods, along with high power consumption and requirements of expensive chemicals. The optimization and the selection of handling viscous oils; had a fundamental impact on the development of oil well pumps. 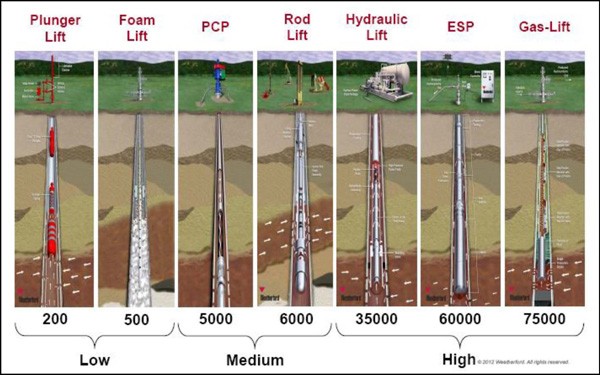 Crude oil with a viscosity of over 50,000 mPa.s under formation conditions is called super heavy oil. Super heavy oil crude oil has high viscosity and is basically non-flowing, which cannot be exploited by conventional oil extraction technology. Due to the extremely high viscosity of the super heavy oil, the crude oil cannot enter the pump by heating on the pump; the crude oil on the pump by heating under the pump has poor fluidity and low efficiency, and also causes high frictional resistance of the sucker rod string, resulting in bending, Broken off and eccentric wear of rod and tube intensified. Therefore, the steam huff and puff under the pump must be combined with hot water on the pump or cable heating on the pump and other wellbore viscosity reduction measures to comprehensively reduce the viscosity of crude oil and extract super-heavy oil. 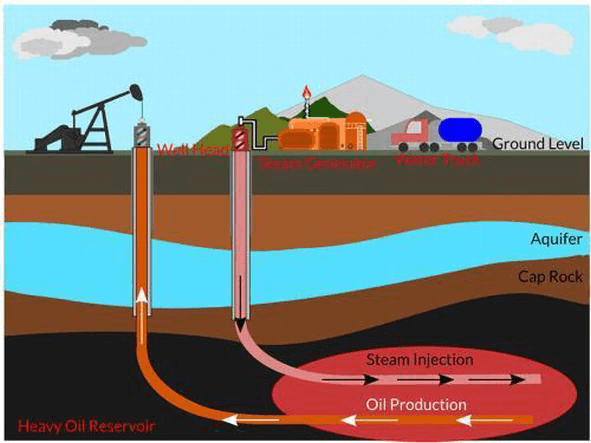 At present, the most commonly used oil well pump is the super heavy oil injection and production oil well pump. Its steam injection channel is a groove on the pump barrel, and a long plunger is used to cooperate with the grooved pump barrel. However, in order to improve economic efficiency, it is necessary to extract the viscosity-reduced crude oil as soon as possible after steam injection, which requires a super heavy oil injection and production pump with a large diameter and a long stroke.

The long plunger with large diameter and long length is too heavy and too long to be processed. Therefore, the original super-heavy oil injection and production pumping pumps cannot meet the requirements of large pumps with long strokes, and therefore cannot meet the technological needs of more economically exploiting super-heavy oil.

When injecting steam, first lower the hollow sucker rod to drive the disconnector assembly, seal assembly, and plunger assembly down. When it is reached, the seal ring of the seal lock assembly and the upper-end surface of the pump barrel assembly support ring When the conical surface forms a seal, the claws of the sealing and locking assembly are opened and the lower end of the support ring of the pump assembly is locked. At this time, the top rod on the upper end of the fixed valve assembly will hold the floating valve ball of the plunger assembly. When the top is opened, the cross bar of the fixed valve assembly enters the lower joint groove of the plunger.

At this time, the floating valve ball and The fixed valve ball are automatically reset, and the oil pump can pump oil normally. Since there is a disconnector assembly between the sucker pump and the hollow sucker rod, the re-steam injection and pumping can be realized, and the hot water penetration process and electric heating process on the pump can be realized.