As the natural pressure in a completed oil well gradually depletes, the well may require a means known as artificial lift to continue the flow of petroleum reserves from their subterranean location to the earth’s surface. Various forms of artificial lift are known including, for example, gas injection, water injection, and mechanical pumping. Petroleum engineers select a form of artificial lift depending on a number of criteria including, for example, formation geology and economics. The sucker rod pump is a well-known kind of mechanical pump that is widely used in the petroleum industry. 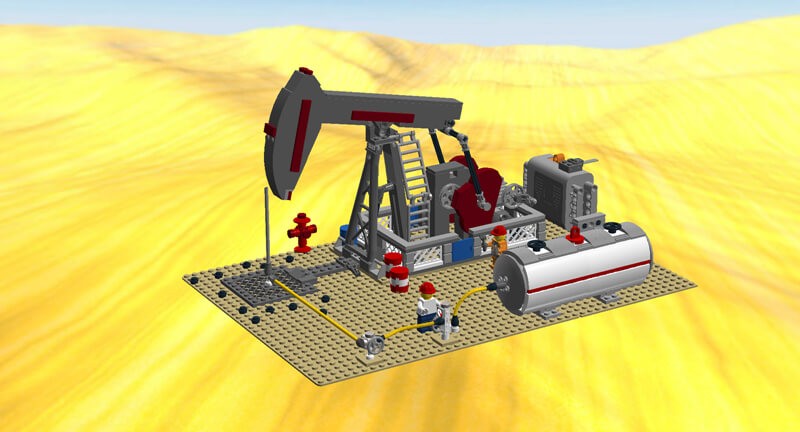 As is generally known in the art, a sucker rod pump includes at least two separate valves as well as other pump components such as a barrel, plunger, and anchor. Beginning at the south end, oil pumps generally include a standing valve, which has a ball therein, the purpose of which is to regulate the passage of oil (or other substance being pumped) from downhole into the pump, allowing the pumped matter to be moved northward out of the system and into the flow line, while preventing the pumped matter from dropping back southward into the hole.

Actual movement of the pumped substance through the system will now be discussed. Oil is pumped from a hole through a series of “downstrokes” and “upstrokes” of the oil pump, which motion is imparted by the above-ground pumping unit. During the upstroke, formation pressure causes the ball in the standing valve to move upward, allowing the oil to pass through the standing valve and into the barrel of the oil pump.

For heavy oil wells where steam production does not move the string, series pumps (ie, hydraulic feedback pumps) or multifunctional pumps are currently used to extract heavy oil. When downhole steam injection is required to reduce the thickness, the plunger must be lifted out of the pump barrel, because the pumping unit is not put on the work frame, and the pumping unit is used for multiple punching and lifting to complete the work of lifting the plunger.

In addition, due to the special structure of the tandem pump, its displacement is smaller than that of the conventional pump with the same plunger, which is not conducive to the large liquid discharge after steam injection and pumping, which affects the effect of throughput and recovery. When using a multifunctional pump, repeated operations are required many times, which is laborious.

This design consists of a pump barrel assembly, a plunger assembly, and a fixed valve assembly. The fixed valve assembly has an ejector rod in the oil outlet of the valve body, a step in the middle of the ejector rod, a pressure plate limit on the upper part, and a sleeve on the lower part. The spring that can reset the ejector rod is limited by a step in the oil outlet hole of the valve body. When steam injection is required downhole, the plunger assembly is lowered.

The valve-type sucker rod pump is simple in structure and convenient to use. It can not only realize steam injection and oil extraction operations with fixed pipe string but also realize large displacement oil extraction. 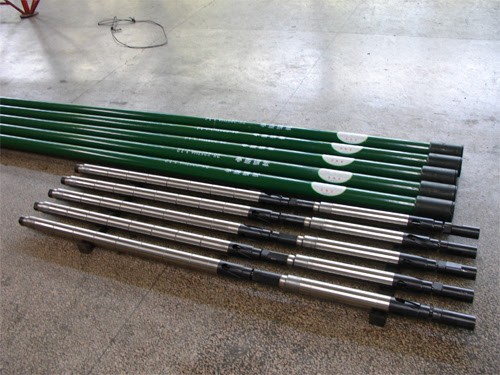