sales@sanjackgroup.com
Send Inquiry
How to realize the “double off” function between the sucker rod and the plunger assembly?

How to realize the “double off” function between the sucker rod and the plunger assembly?

How to realize the “double off” function between the sucker rod and the plunger assembly?

The efficiency of the pump is about 50% in a medium-deep well, which is suitable for medium and low production well. At present, in the operation process of the oil field, the widely used on-off tool is lifting and releasing structure. The characteristic of this structure is to complete the release action through the elastic deformation of its own structure which has very strong operability.

However, due to the presence of elastically deformed load-bearing elements, it cannot avoid the local stress concentration and deformation caused by the manufacturing process which Causes the phenomenon of uneven stress or even breakage during use. In addition, the ability to prevent falling objects is low and it is easy to stick at the connection point which affects the normal connection. It cannot be used when the pump is stuck, and can only be forced off, which will affect the normal operation process. 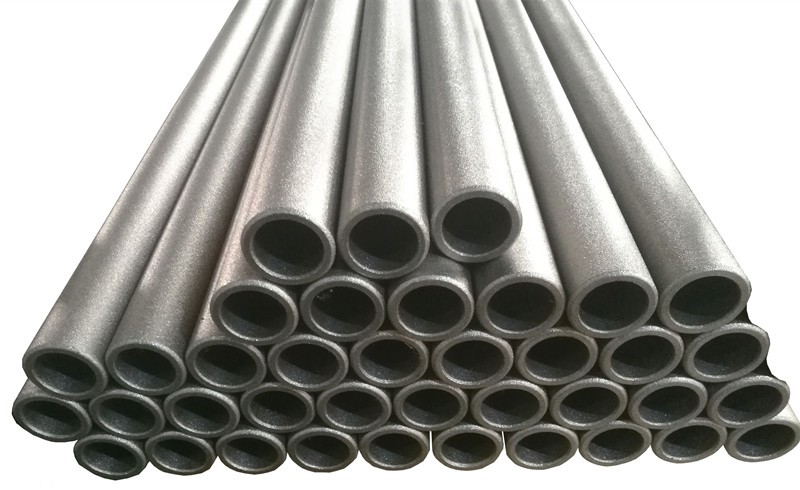 In order to solve this problem, during the operation process, to realize the lift adjustment and rotation release of sucker rod and a plunger assembly. San Jack has developed a double release on-off tool that includes upper assembly and lower assembly. The structure diagram is as follows: 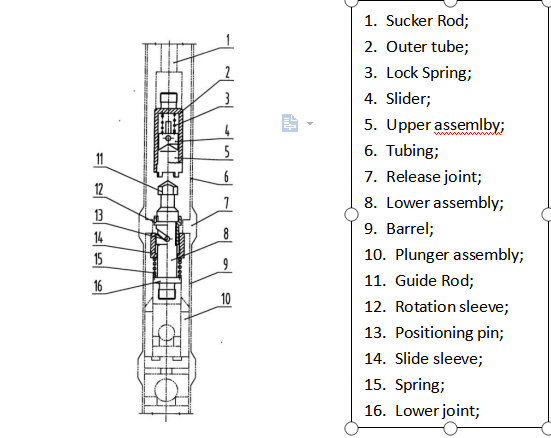 The guide rod of the lower body assembly is connected with the lower joint. The upper end of the guide rod is provided with a conical guide head matched with the spiral groove of the lower end surface of the slider of the upper body assembly. The guide rod is equipped with a rotating sleeve and a sliding sleeve. There are two protruding claws on the upper end of the rotating sleeve. A spiral groove is formed on the outer surface, and a flat groove is formed in the inner hole of the sliding sleeve.

The flat groove of the outer circle of the upper end of the joint matches the inner hole of the sliding sleeve, and the lower end is provided with a thread and connected to the plunger assembly of the pump. When working downhole, lower the sucker rod string and upper body assembly. The guide rod of the lower body assembly that goes down the well with the plunger assembly with the guidance of the tapered guide rod head enters the spiral groove of the inner hole of the outer tube.

When the sliding sleeve goes up to the direct release joint of the tubing and the pump barrel, the positioning pin on the sliding sleeve drives the rotating sleeve to rotate, the claws on the rotating sleeve push the claws on the outer tube to rotate together, which makes the outer tube of the upper body assembly and the guide rod of the lower body assembly directly produce relative movement, thereby separating the upper and lower assemblies of the on-off tool and completing the release process.