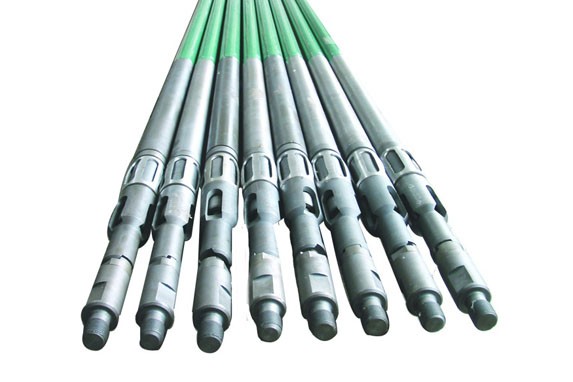 Ask For A Quick Quote

The traveling valve and standing valve can force the valve ball to fall back timely and accurately.

inclination Degree of oil well up to 45°.

Rotary plunger that rotates automatically while working can prevent the plunger from being lopsided worn. 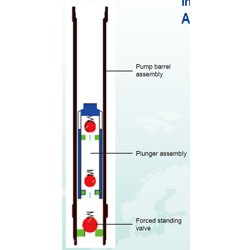 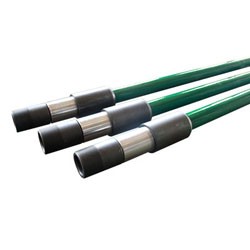 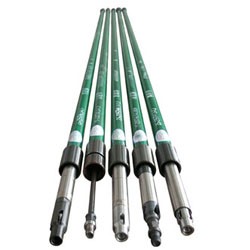 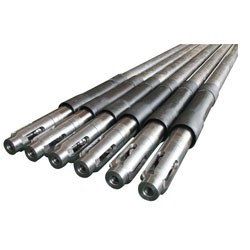 Based on API Spec 11AX, GB / T 18607 specification for oil well pumps and their components, Sanjack has developed a series of special oil well pumps suitable for different well conditions. These special downhole pumps have novel structure, reliable performance, superior pump efficiency, and long service life, and have been widely used in many oil fields at home and abroad.
Note: if our client needs different specifications and models of special sucker rod pump, we can also design and manufacture according to the parameters and requirements provided by the client.

Send us your requirement, Let Sanjack support you

Rod pumping is still the most widely used means for artificial lift in oil wells.

Today many wells are designed as deviated wells with the setting angle reaching 60 deg.

Thus, the sucker rod string’s dynamic behavior in an inclined well is different from that in a vertical well due to several reasons.

One of them is the friction between the rod and the tubing. The other is the curvature of the rod string. 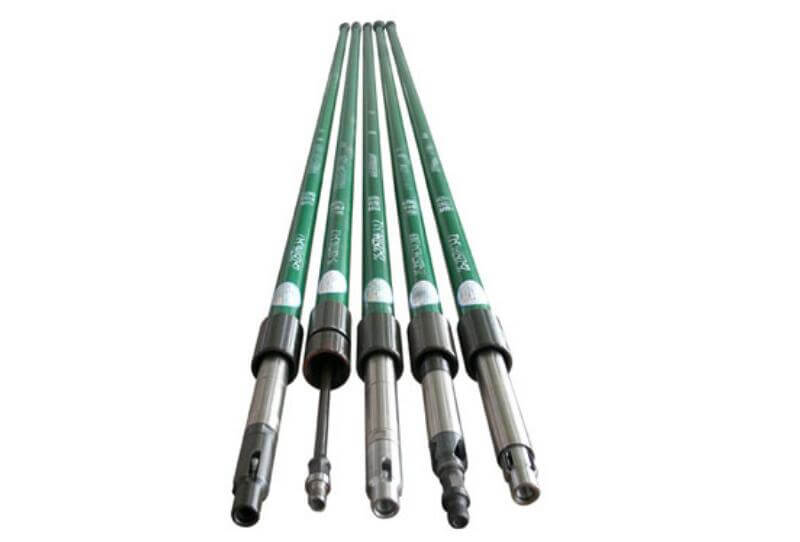 The curvature causes the lateral displacements of the rods.

Due to the rods’ axial forces, mainly compressive forces at the bottom of the well, which can produce the rod’s buckling, the problem is nonlinear and challenging to solve.

An inclined well is intentionally drilled along a path that deviates from the vertical.

The number of inclined wells is increasing rapidly. Many oil companies are producing oil worldwide, where most of the wells are inclined.

By drilling deviated wells, only a single surface location must drain a large area of the reservoir.

This kind of well can significantly reduce the cost of development and production.

Since several deviated wells can get drilled on one platform or derrick site, such a well can be a candidate to produce oil in the places where topographic feature and the hydrologic environment is very complicated.

Inclined well pump with forced shut-down solves the problem that the pump efficiency of conventional tubing pump is significantly reduced when pumping in inclined well.

It is suitable for oil production in an inclined well where the well’s inclination angle is within 45 °. 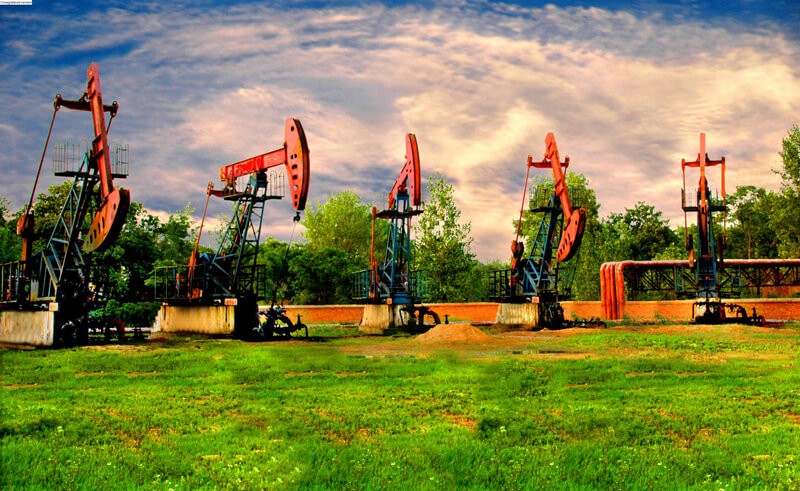 Artificial lift technology uses some means to increase the flow of liquids, for instance, crude oil or water with some amount of gas included to the surface of production well.

The following features mostly achieve this.

1.A mechanical device inside the well
2.Decreasing the weight of the liquid or gas mixture via high-pressure gas
3.Improving the lift efficiency of the well through velocity string

An artificial lift system is needed in wells will less pressure in the reservoir to boost the liquid to the surface. However, these systems are sometimes used in flowing wells to increase the naturally occurring flow rate. 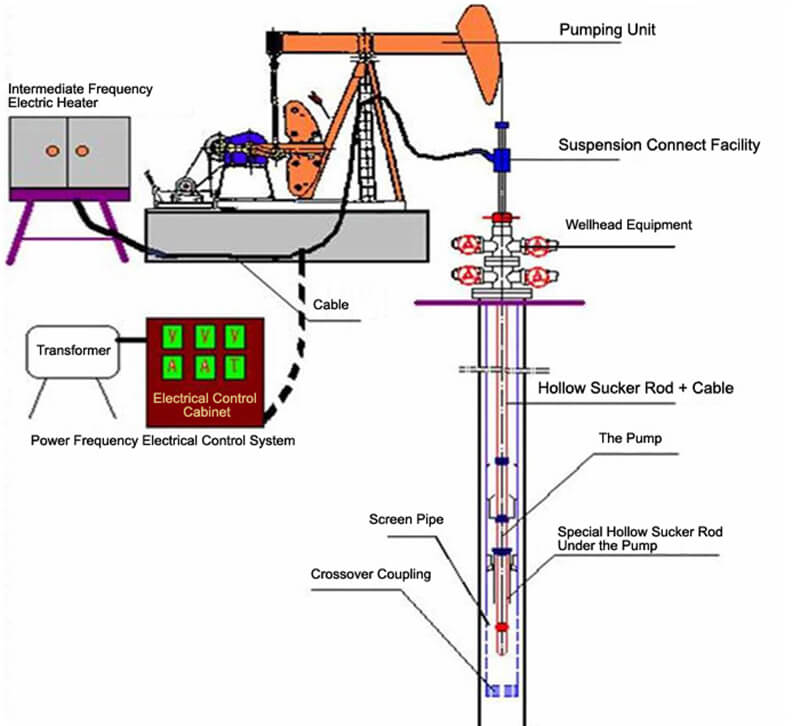 Functionally, a plunger-lift system provides a mechanical interface between the produced fluids and gas by using the well’s energy for lift; liquids are pushed to the surface by the movement of a free traveling piston plunger that travels from the bottom of the well to the surface.

The mechanical interface removes liquid fallback, which, however, boosts the well’s lifting efficiency.

Plunger travel is usually provided by formation gas stored in the casing annulus during a well shut-in period.

As the well is opened and the tubing pressure reduces, the stored casing gas moves around the tubing end and pushes the surface’s plunger.

This irregular operation is separated several times per day.

A beam and crank assembly at the surface create reciprocating motion, converted to vertical movement in a sucker-rod string that connects to the downhole pump assembly.

The pump contains a plunger and valve assembly to impact vertical fluid movement.

Due to its long history, sucker rod pumping is a reliable means of artificial lift.

Gas-lift systems that inject gas into the crude are sometimes used in conjunction with surface operating reciprocating pumps or horizontal centrifugal pumps.

Gas-lift systems usually increase the degree of component flow construction caused by scaling and paraffin crystal accumulation. Moreover, these techniques supply of gas to be stored at the surface.

The gas that is separated and vented is not easily retained for re-injection.

The gas that is re-injected rapidly becomes contaminated with oxygen, carbon monoxide, and hydrogen sulfide that can corrode production string components.

The progressive cavity pump is a closely related technology to the electrical submersible pumps.

The progressive cavity pump system mainly consists of a helical bore that rotates inside a similar spiral cavity.

The bore’s rotation creates cavities with negative pressure to open and close, forcing fluid up through the pump body.

However, progressive cavity pumps are vulnerable to damage from abrasive materials and are limited to right depths of approximately 5000 feet.

Progressive cavity pumps do not perform well in deviated wells.

Insert pump is a pump inserted in the tubing and runs like an assembled unit along with the sucker rods.

This kind of pumping is anchored in a mechanical or cup-type seating nipple that runs as part of the tubing string.

The pump is always removed from the tubing by pulling the sucker rod string.

The pump should be smaller than the tubing pump, and however, should consist of a less capacity of the particular tubing size.

The insert pump and tubing pump can get easily serviced by pulling the sucker rod string.

These pumps are made with the top or bottom holds downs.

They can be found with mechanical hold down or three cup seating assembly.

They contain precision barrels of around forty inches and available in horned and hardened, Nicarb and Brass.

They apply primarily to the wells with great depth. 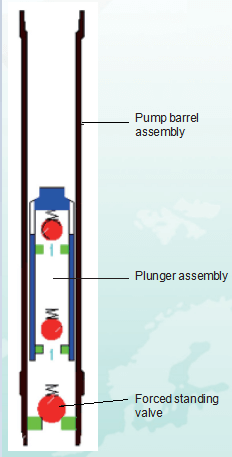 In a stationary barrel, the bottom anchor pump can be used in shallow to very deep wells and is typically the most accepted insert pump option.

Due to its design, the traveling valve has the option to be smaller than the standing valve.

The fluid column inside the tubing supports the pump barrel; with differential pressure reduction, the pump has improved efficiency and a longer life pump.

One common disadvantage of this insert pump style is sand, which tends to settle around the barrel, and the scale can make it challenging to pull the pump.

However, this issue can be counteracted by stripping the well where the workers simultaneously pull the rods and tubing.

The stationary Barrel, Top Anchor pump has the hold down located at the top of the pump.

It is designed so that the pump hangs below both the tubing perforations and the seating nipple.

Moreover, this type of arrangement is excellent with sandy, shallow wells with a depth of fewer than 5,000 ft due to the fluid’s whirling motion created during operations in the area at the pump’s top. The pressure inside the barrel pump is far higher than the casing pressure located outside of it.

Allowing the barrel pump’s inside the ability to resist the pressure created by the fluid column; however, this does limit the depth at which the downhole pump can operate safely due to gas pounding.

This barrel option will operate in corrosive, standard, and sandy wells with good results.

If the design uses an open-style valve cage, it will provide less restriction during the pumping of heavy crude oils. Together, the traveling barrel option offers better defense against busting, especially for designs using a heavy barrel.

This type of pump’s main disadvantage is it is more likely to gas lock than stationary barrel options. 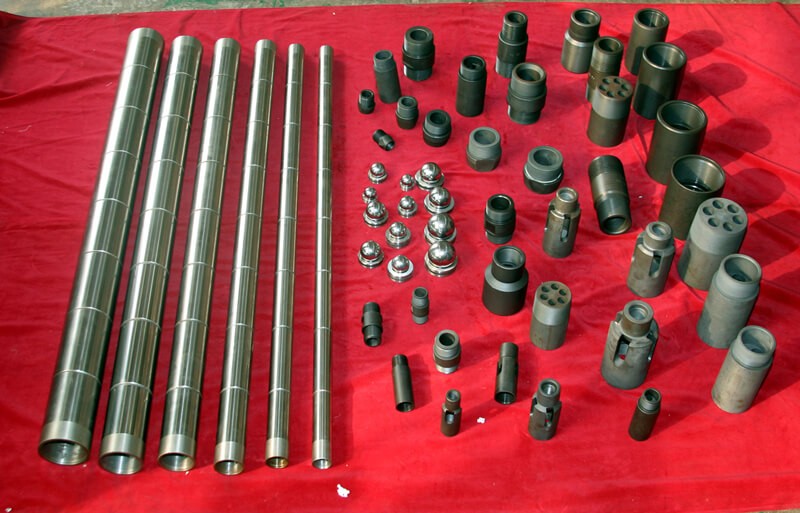 Gas locking has been a problem with the ball and seat sucker rod pump since its interception in the oil industry.

A gas lock occurs when contrary to a sucker rod pump’s normal functioning due to a gas influx from the standing valve.

This fails to lift off the seat.

However, this article brings forth a sucker rod pump design consisting of a solenoid actuated hydraulic valve in the traveling plunger seat to address this failure.

The traveling section is a valve in the plunger seat connected with a solenoid actuator at the surface for executing an open or close mode.

This external drive for the valve opening compensates for the negative variation in the fluid pressure differential between the traveling and standing sections, thus enabling fluid intake into the pump barrel.

The sensor detects the end of the stroke; the hydraulic valve piston is seated back for the valve to close.

This allows the lifting of the fluid in the pump barrel during the upstroke.

This design aims at latency-free synchronization of the valve opening and closing with pump reciprocator under circumstances of gas interference.

This principle of voluntarily opening the valve during the downward motion would prevent the gas lock problem.

This would also increase efficiency by eliminating non producing compression strokes, which are also causing a sudden pump to break down.

A pump is a mechanical device that transports media by transforming the energy supplied by a motor into hydraulic energy.

The first and criterion for choosing a pump is the type of media concerned.

Moreover, the media’s technical characteristics must get considered because they will determine the pump’s choice. 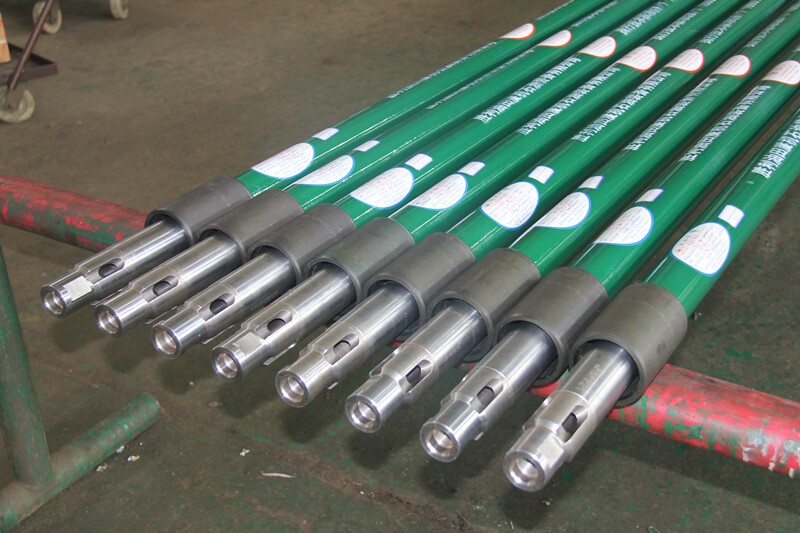 To properly dimension the machine and calculate the pump’s operating point, it is essential to know the network’s parameters, such as sanction head, flow rate, discharge head, etc.

However, this article will give you an overview of the main types of pumps and the typical situations in which they are used.

To choose a pump that meets your needs, you must determine its characteristics according to its use.

Firstly, you must decide what media will be transferred to avoid corrosion phenomena and, therefore, premature wear of your pump.

Consequently, it is crucial to be aware of the media’s chemical composition to be pumped, its viscosity, and solid components’ possible presence.

Detailed knowledge of the treated fluid’s physical properties will allow you to choose the best technology for your application and the construction materials compatible with the pumped media.

There are several chemical compatibility tables to consult before choosing the casing of your pump.

Get in touch with us