Which kind of sucker rod pump is suitable for heavy oil recovery and high gas wells?

Which kind of sucker rod pump is suitable for heavy oil recovery and high gas wells?

Sucker rod pump generally refers to the plunger pump driven by the reciprocating motion of the sucker rod up and down. Sucker rod pump is the most widely used mechanical oil recovery method because of its simple structure, strong adaptability, convenient maintenance and management, and long service life. Sucker rod pump is the most commonly used single cylinder and single-acting pump, and its displacement depends on pump diameter, stroke, and the number of punching. The efficiency of the pump is about 50% in a medium-deep well, which is suitable for medium and low production well. Oil production with sucker rod pumps (here and after referred to as SRP) is the most common way to lift oil. This is due to their simplicity, efficiency, and reliability. 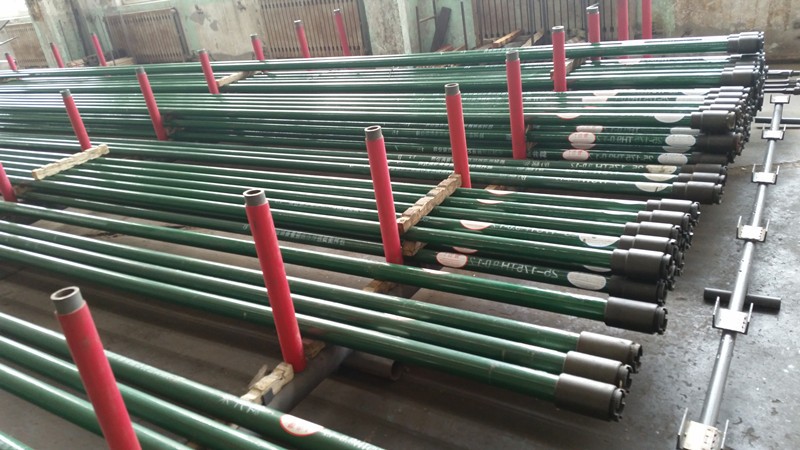 However, due to structural limitations, the traveling valve of the pump is a cone valve, which cannot rotate freely, and the position of the sealing valve and the valve seat is fixed. Due to the mixing of various impurities in the well fluid, in the reciprocating movement of the plunger assembly, the position of the sealing line is easy to wear and puncture, which causes the traveling valve to fail. Therefore, the service life of the sucker rod pump is shortened, which affects the production efficiency of oil recovery.

forced open & closed valve. The structure diagram is as follows: 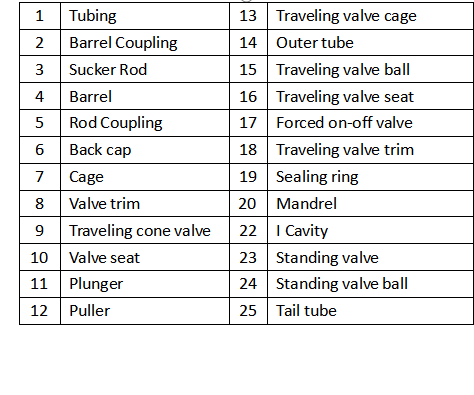 Make the ejector pin open the traveling valve ball forcibly. Crude oil and gas in the I chamber enter into the plunger assembly. And through the opening of the traveling cone valve to enter the tubing string which effectively prevents gas lock.

As the traveling cone valve has a plurality of spiral oil grooves, it can rotate the plunger at the same time when the oil is over, to maintain a uniform friction fit with the pump barrel, reduce the occurrence of insertion wear, and thus increase the expectations of the pump.

Heavy oil recovery is a developing technology to extract heavy oil in industrial quantities. Heavy oil reserves are estimated at more than 6 trillion barrels, three times as much as conventional oil and gas.

The viscosity of oil varies with temperature, which determines the degree of difficulty of extraction. The temperature can be controlled to move the oil without using other techniques. [3] Density is more important for refineries because it represents the yield after distillation. But there is no relationship that connects the two. 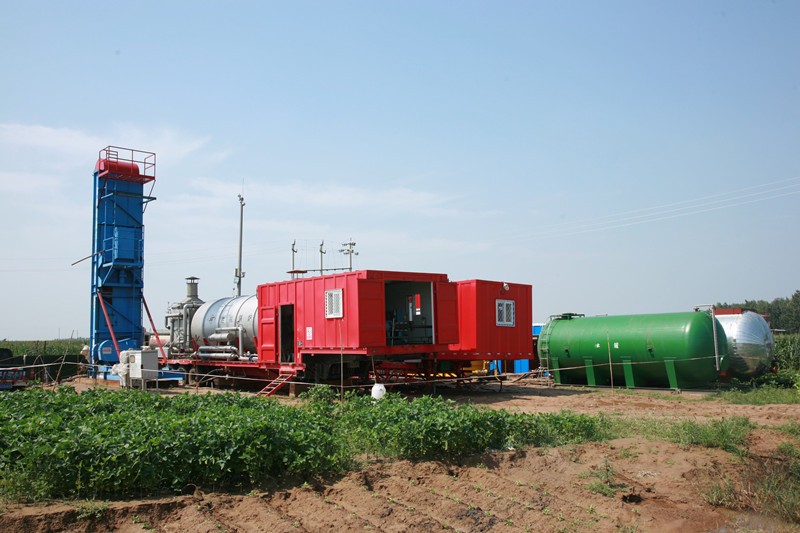 Reservoirs exist at different depths and temperatures. Although viscosity varies greatly with temperature, density is the criterion for field classification. Crude oil density is usually expressed in terms of the American Petroleum Institute (API) gravity degree, which is related to specific gravity. The lower the API density, the higher the oil density.

The API gravity of liquid crude oil ranges from 4º for asphalt-rich tar to 70º for condensate. Heavy oil is divided into super-heavy oil and light oil. Their API gravity is between 10 and 20º.

Crude oil from source rocks has an API-specific gravity of between 30 and 40º. Crude oil becomes heavy after extensive degradation, trapping and devolatilization. When a reservoir is contaminated by bacteria through groundwater, it degrades through chemical and biological processes.

Bacteria then break down some of the crude oil components into heavier ones, making it more viscous. Water carries away the lower molecular weight hydrocarbons in solution form because they are more soluble. When crude oil is encased in inferior seals, the lighter molecules separate and escape, leaving behind heavier components through devolatilization.

Heavy oil is usually found in geologically young formations because they are shallow and less efficient at sealing, making it possible for them to form.